The Journey – Fastest Ways to Lose Weight, Then Weight is Back

At the age of 15 and in High School, I was a bit larger than most of my peers. I was 5 foot 1 ½ inch tall. After graduation I gained 20 pounds in just one month. From 135 pounds, I went up to 155. I saw a photo of myself at a party and then realized how large I was. I immediately felt terribly conscious of my body and was unhappy with my image. Perhaps it was denial since I did have to dress every morning and should have caught on that my clothes were not fitting, and I was already purchasing outfits that were of a larger size. I got serious about shedding some pounds and began re-searching online for the fastest way to lose weight.

I began following a diet made up of vegetables and proteins only which also included cardio exercises. Within four months I had lost the 20 pounds plus 10 more. I was ecstatic and happier than I had ever been before. This is the diet I followed then:

Dinner: Steam vegetable such as Broccoli or Cauliflower and Salmon

I varied the meals especially dinner with other steamed vegetables or replaced them for lettuce and tomatoes every so often. I would eat chicken breasts instead of salmon every so often as well.  As you can see, this was quite a limited diet, but a the time it worked for me.  I was around 23 years old at the time. As time went on, I got married and started using medication to manage family planning. Sadly, immediately I began gaining pounds again. I began experiencing similar symptoms of when I was consuming the same prescribed medication to rectify my condition when I was younger. These symptoms included gaining weight, feeling lethargic and very tired most of the time, breast tenderness, mood changes and decreased libido.

Now, I have heard some women take these pills and they experience none of the above, yet I experienced them all.  I wondered if it was worth it and not knowing any better, continued taking them for a while.  Of course, at the time, being with child was not ideal so I stuck with it for some time.  Unfortunately, as time passed, I felt a loss of quality of life. I began feeling depressed because I could not lose weight no matter how hard I exercised or what diet I tried to follow. And then the other symptoms, especially the decreased libido and the swelling, the being very tired all of the time, just took away from my happiness and enjoyment of things as simple as going out to watch a movie.

One day, I sat with myself and decided that it was not worth it to continue taking these medications. I focused on why and mentally made a list of the pros and cons. The cons just outweighed the pros not to mention my quality of life was non-existent. So, I began re-searching information on other ways and even natural ones that might work for me.  By then I was about 25 years old.

I had decided when I got married that I would not wait around till later than that age to have children. So consequently, I came off the contraceptive method and began working to try to have children. I welcomed a beautiful baby girl to the world and my parenting life began. Of course, now I had the task of trying to figure out what would be my alternate method to avoid another bun in the oven. I ended up trying one or two different methods and I even lost weight while on one the first year, not a lot but a good 10 pounds. Unfortunately, the second year I gained the 10 pounds back and everything else, about 10 more, so again 20 more pounds on.

I decided I needed to stop using these traditional methods of avoiding pregnancy altogether and I did, but not before I got serious about research on what natural ways would help me avoid a surprise and unplanned baby. But as I waited to learn more, I got surprise baby number two. I welcomed a baby boy this time. Parenting continued and the urgency of finding a solution fast without having to get back on traditional methods was more imminent than ever.

Things I Tried to Lose Weight that Also Served Other Purposes

I began searching for alternatives almost right after my second child was born.  As I searched, I found some interesting sites that spoke to Vitamin C as a contraceptive. I also learned how Parsley can help reduce inflammation. I was amazed. I followed the suggestions and sure enough it was working.  As I researched for more information on Parsley, I learned that many celebrities use it to lower swelling before an event. Below are the instructions suggested for supplementing with Vitamin C and how to use Parsley as a drink or tea to lower inflammation:

Parsley – Boil a cup of water.

Chop a 1/4 cup of fresh sprigs. You can also use two tablespoons of dried herb instead.

Place chopped sprigs or the dried herb in the bottom of a cup.

Pour the boiling water in the cup and allow to steep for 5 to 10 minutes.

Use a strainer to remove the herb from the water.

Drink as needed daily to lower swelling and inflammation.

I incorporated and practiced the Rythm Family Planning Method and I succeeded with this method for a long period of time to avoid pregnancy and to keep my body from swelling and experiencing inflammation. I also consumed a regular amount of Green Tea. I drank a cup two to three times a day with low calorie sugar.

I learned by reading online that Vitamin C is also a vitamin needed daily to prevent fat accumulation and keep the body mass index low. Now, Vitamin C is great to use as a contraceptive and it is also a vitamin the body needs. It is water soluble, so you need to consume it daily to keep it in your system. What did not stick for me was that it also lowers your bacterial balance also known as Flora and can cause an imbalance of your good and bad bacteria. I won’t get into too many of the details of what that is and know that many of you ladies at this age know what I am speaking of but if you don’t, make sure to look it up and search for it online. There is lots of interesting information on it and it is important to learn how it also influences on your overall health. Going back to the topic of discussion here, sadly, I became ill. My illness was related to a bacterial infection. The vitamin C was messing with my Flora. I was so sick for so long from this that by the time I was able to see a physician to prescribe me medication to remedy this problem, after treatment with antibiotics by the previous physician, I had lost an incredible amount of weight already.  I was losing a pound a day at one point and became very concerned for my health. Ironically, I was losing weight and although that was something to be happy about, the speed at which I was losing it, just was not healthy. Fortunately, I was able to get the treatment I needed and was on my way to recovery. When the weight loss stopped and stabilized, I had lost a total of about 30 pounds again going from 155 to 125. I remained in this weight for roughly 7 years. I kept following a diet low in carbs and eating mostly vegetables and meats to maintain the weight. I feared I would become too thin, so I began incorporating some carbs back into my diet. I successfully maintained the weight and believed all my weight troubles were over, or at least so I thought.

Weight Came Back On

After 7 years on my ideal weight I became ill again.  This time I was experiencing some very intense pains in my abdominal area. When checked by the physician I was told my hormones were imbalanced and was prescribed medication to balance them out. I was told the imbalance was due to a possible tumor in the pituitary gland. And, to top it off, I also contracted a virus a few years later that was making many ill at the time. Suddenly, my weight shot up again to 20 pounds in two months. From 125 it quickly went up to 145 and continued gaining to 165 and then stopped and maintained the same weight for some time at 177 pounds. This is as recent as 2 years ago.

I tried the same diet that had helped me lose weight before to no avail. I tried exercise and still nothing. I felt ill with pains in my joints and fever that returned often. After about a year the joint pains and fever subsided but I noticed lots of inflammation and pain in my right arm that my doctors attributed to pre-menopause. I also experienced pains in my rectus quadricep or front muscle of my leg. I am sure they were muscle spasms and I felt them daily at one point. While I was ill, I could not drink the herbs or teas I did before since they caused me to feel sicker. My body looked and felt swollen. It was evident I was suffering from inflammation. Now, I had returned to my cultural food’s rich in rice and potatoes, meats, and carbs as well as high sugar.  As you can imagine, these savory foods had me hooked again so the vegetable high protein diet became a thing of the past quickly. So, I was again in a state where I needed to figure something out to get back to eating healthier, avoid sugary foods to get back on track with my weight and to feel better again.

I was also experiencing new symptoms such as pain in my waist from the larger abdomen I now fashioned. I was extremely uncomfortable with my looks and again my quality of life was fading away. I also began experiencing back pain and so I was determined it was time to do something before I couldn’t reverse the effects of a trend that were taking me down a path full of the possibility of becoming a chronic disease victim.

Although I felt lost and hopeless I was not ready to give up just yet. I knew in my heart there should be a solution for me. So I waited, and re-searched some more, and tried again. 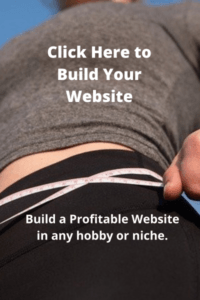